Chief, Deputy Chief, and Councillors sworn in during Oath of Office Ceremony 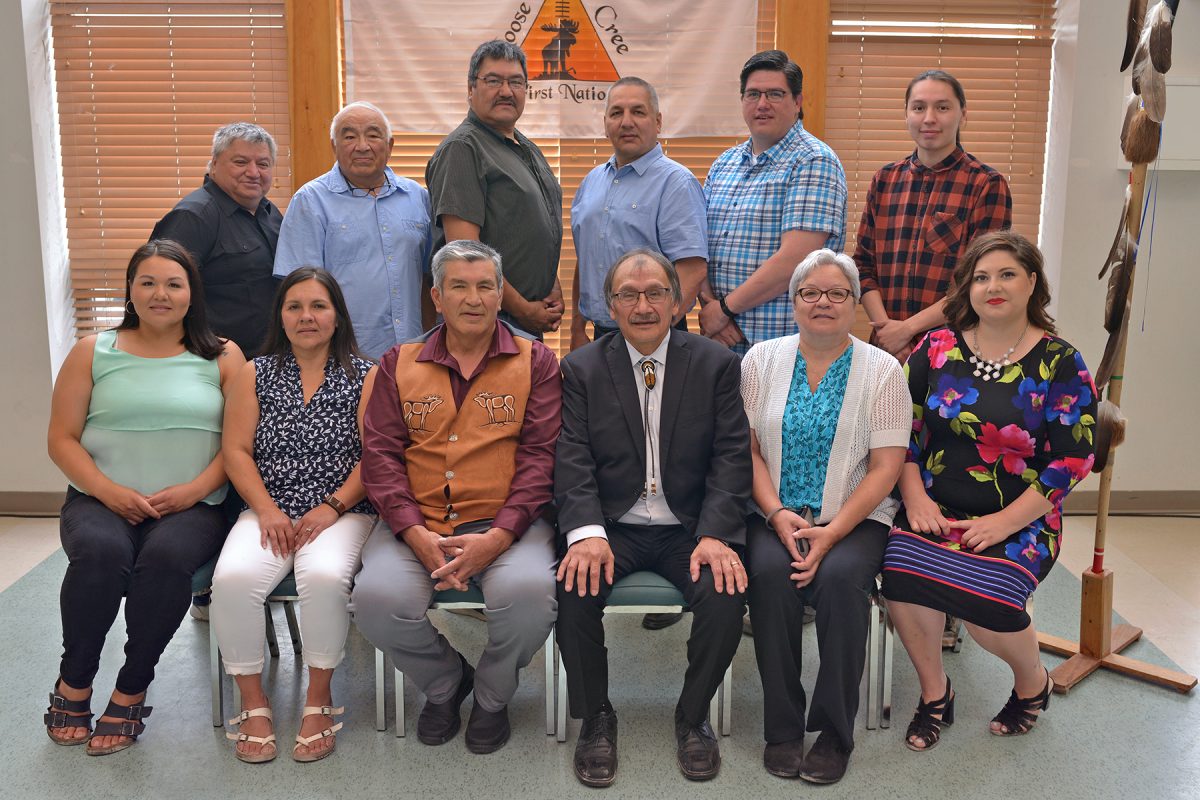 Moose Factory, ON (July 31, 2019) – The date of Saturday, July 27th, 2019 is significant for Moose Cree First Nation as an Oath of Office Ceremony was held in which Chief Mervin Cheechoo, Deputy Chief Earl Cheechoo, and ten of the fourteen Councillors were sworn in for the 2019-2023 term. The Oath of Office vowed reads as follows:

“I, NAME, having been duly elected, by my fellow Band Members to serve as (Chief/Deputy Chief/Councillor) of the Moose Cree First Nation, do solemnly swear that I will faithfully and honestly execute all of the responsibilities and duties of that office to the best of my knowledge, skill and ability and that I will hold sacred the trust that the Membership has shown in me, so help me God/Creator.”

At the conclusion of the ceremony, Chief Cheechoo delivered a few comments in which he acknowledged and honoured the Elders and Youth present along with all the Membership present. He added that he wished to also acknowledge past Chiefs and Councillors and the ancestors that have laid the foundation for what Moose Cree First Nation is today.

Chief Cheechoo stated that the new Council has now met a few times and he described the spirit of unity that is already apparent, and despite the differences that will arise, he is confident that this Council will always keep the best interests of the Membership as the highest priority.  He added that he is excited for the next four years and looks forward to the challenges of being the Chief of Moose Cree First Nation. He called upon the Membership for their support and to become more actively involved and work in partnership with Chief & Council as this will bring Moose Cree First Nation to a point where it is not just surviving, but thriving, and he feels this is the best legacy for the future generations of Moose Cree people.

The video of the Oath of Office ceremony has been posted on the Moose Cree First Nation Facebook page. The four Councillors that were unable to attend the ceremony on July 27th will swear their Oath of Office immediately prior to the Regular Membership Meeting scheduled for Wednesday, August 21st at the Thomas Cheechoo Jr. Memorial Community Centre.