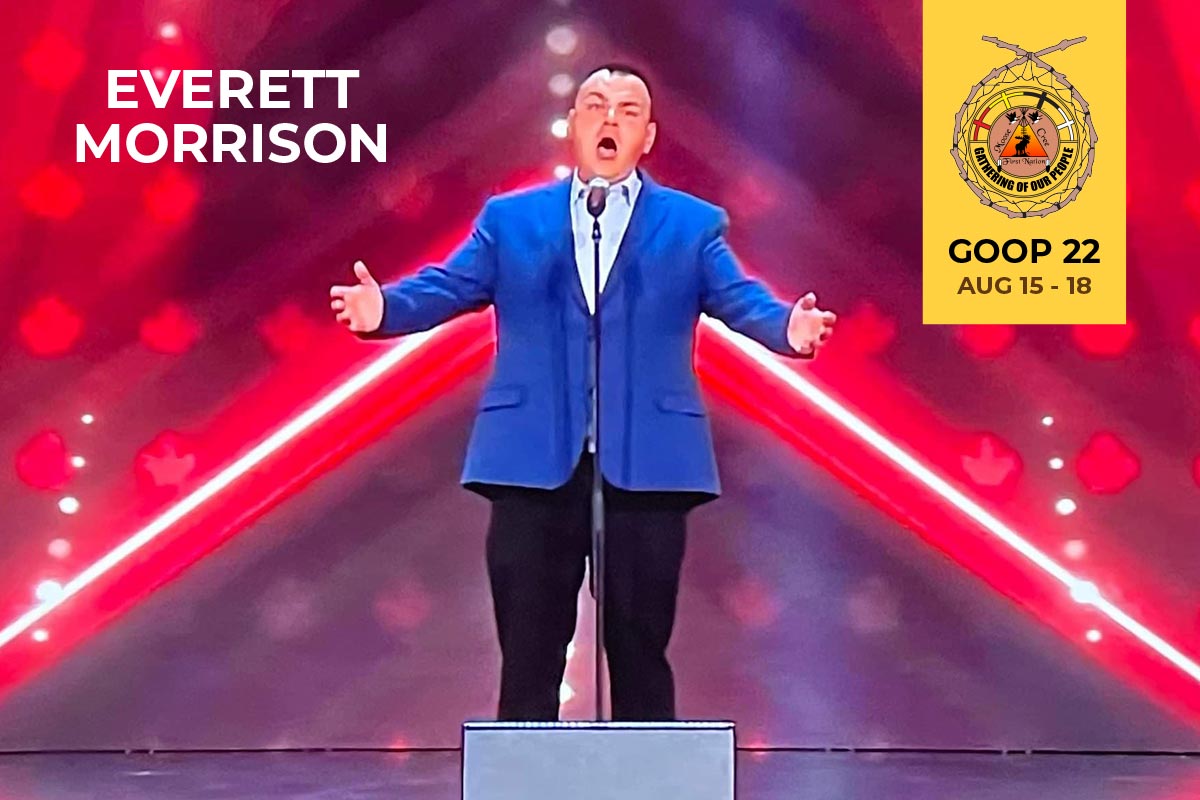 Everett Morrison is performing at the 2022 Gathering of our People on August 15th!

Additional details will be announced as we finalize our schedule. Stay tuned for full details!

Everett Morrison is a Cree professional opera singer originally from Moosonee, Ontario and originally a Waskaganish Cree band member. Everett obtained a diploma in Music from Cambrian College of Applied Arts & Technology (2005) in Vocal Performance and holds a Bachelor of Arts in Music (Voice) from Laurentian University (2010).

In the spring of 2017 he made my professional operatic debut with the Canadian Opera Company where he sang the role of The Wandering Spirit and sang in the Metis Chorus in the Opera Louis Riel in Toronto. Everett was the very first native male to sing in Canada’s only opera house. The opera also went to Ottawa at the National Arts Centre and Quebec City at the Opera festival de Quebec. He recently sang the role of David Joe in the new opera The Ecstasy of Rita Joe, presented by Opera in Concert in Toronto.

Continuing to tour when his schedule of being a full time worker and father, his talents open up several opportunities for him at various festivals and productions. A recent accomplishment was passing the first round of Canada’s Got Talent that debut on CityTV in the spring of 2022!

Stay tuned for additional artist announcements in the coming weeks!