Chelsie Young to Perform at GOOP 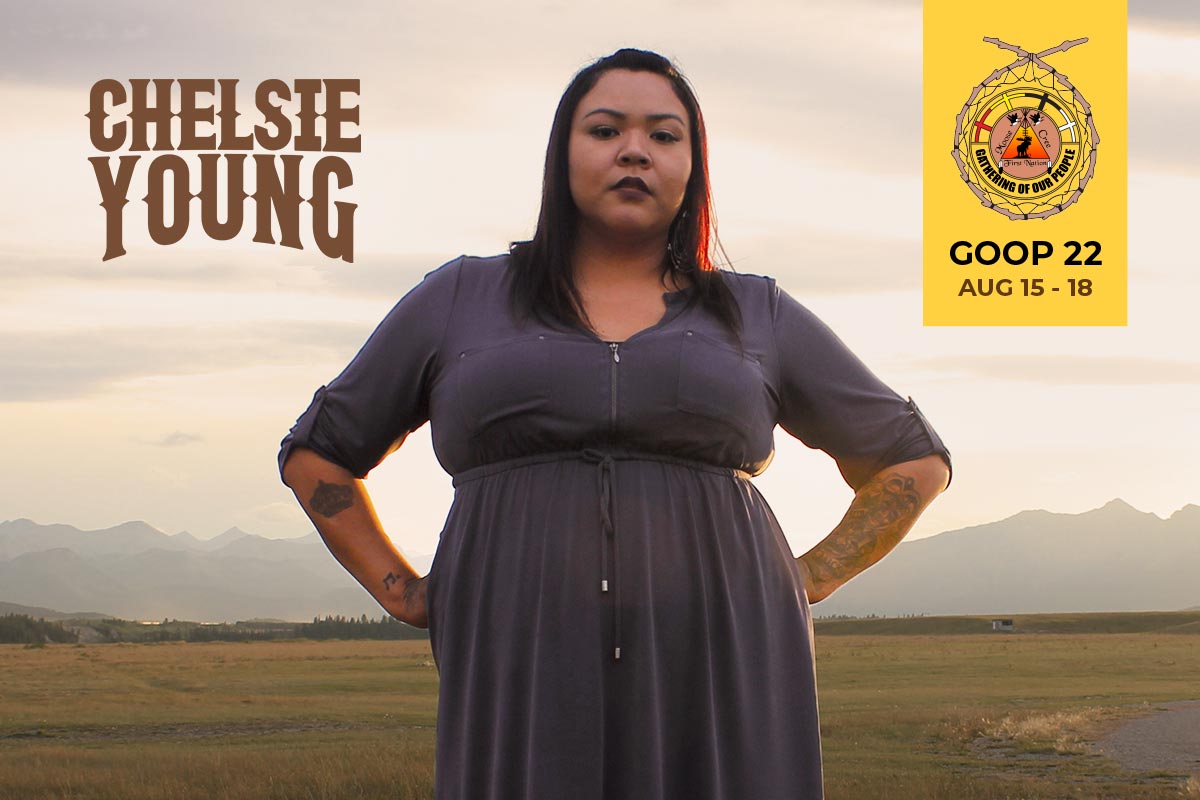 Chelsie Young is performing at the 2022 Gathering of our People on August 16th!

Additional details will be announced as we finalize our schedule. Stay tuned for full details!

The Canadian country music scene welcomes its newest emerging artist, Chelsie Young – originally from the Bigstone Cree Nation in Northern, AB now making her presence felt in Edmonton, AB from where she continues to wow audiences everywhere with her natural vocal talent.

In February 2022 her song “Ain’t No Man” peaked at #8 on The Indigenous Music Countdown which airs on SiriusXM and Indigenous radio stations across Canada.

Chelsie has been singing since she was 8 and has performed on stages throughout Western Canada – but it was in late January of 2017 when she became an “overnight sensation” after a friend posted a video of her singing “Don’t Toss Us Away” by Patty Loveless; which had over 50 thousand views in a matter of hours. It was then that she caught the eye of so many people around the world and since then her fanbase has grown exponentially. In mid-May 2021 her latest video hit 1 million views in 4 days.

Chelsie is a singer-songwriter with a natural gift to write meaningful and touching songs. In her spare time she engages with her thousands of followers on social media by sharing videos of her favourite cover songs. Her songs and life touch on the realities many Indigenous women face. She strives to use her music and her reach to uplift others and help those in need whenever possible.

She has most recently performed at The Blue Jay Sessions in Calgary, AB and many communities across Canada since 2017.

Stay tuned for additional artist announcements in the coming weeks!